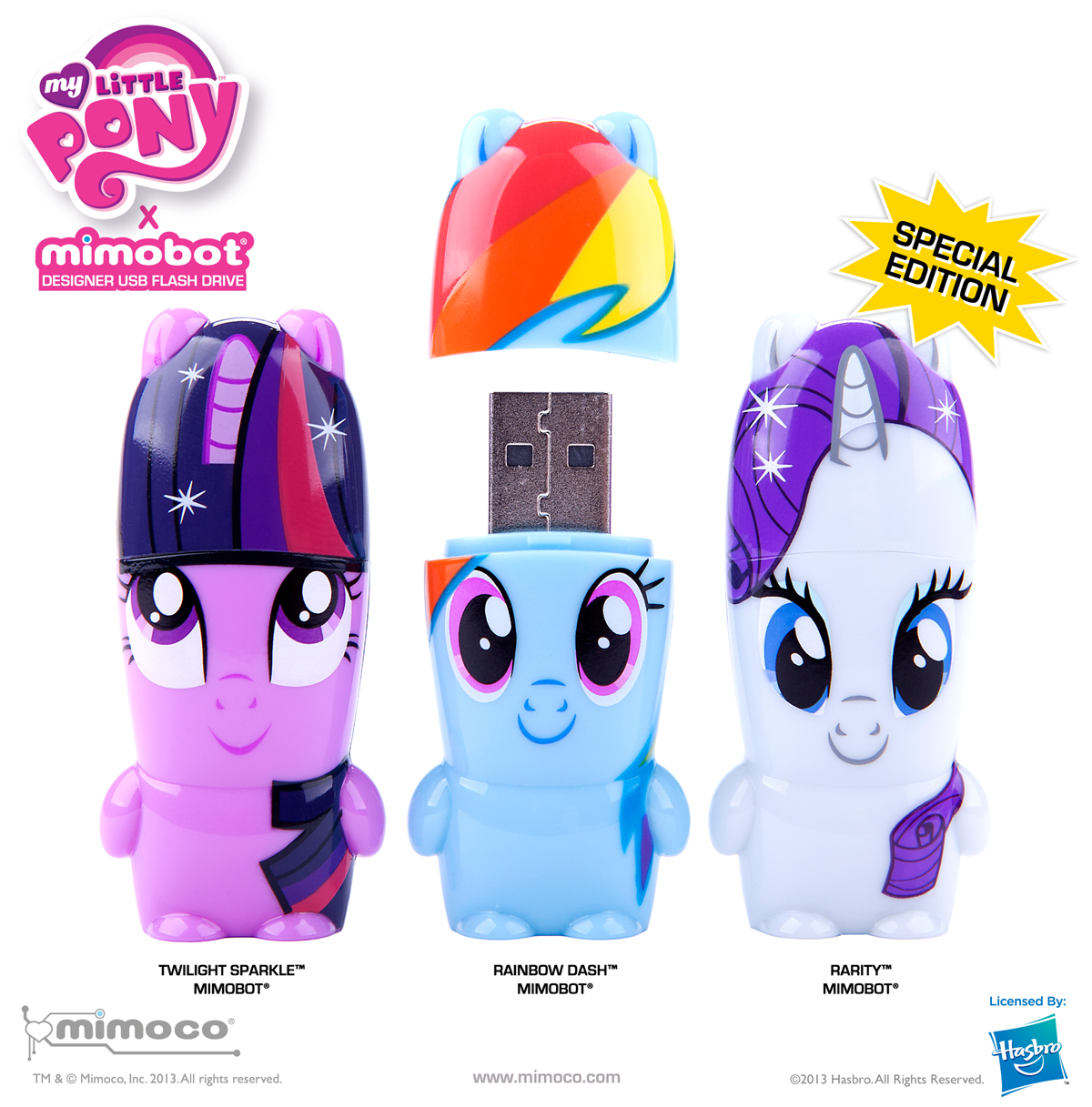 The latest bit of merch to come out of Mimoco is the My Little Pony: Friendship is Magic X MIMOBOT series of USB flash drives.

The line includes Rainbow Dash, Rarity, and Twilight Sparkle flash drives, all of which can be had in different capacities up to 128 GB. USB 3.0 is also an option. All of the drives will include Mimory, which is the name Mimoco is giving to the swaths of extras they load up onto their drives before sending them out. This time, that will mean exclusive wallpapers, icons, avatars, and sound bytes. The better extras include a digital issue of the My Little Pony comic, a preview of a new watercolor adventure book (which features some impressive artwork from Mary Jane Begin), and My Little Pony videos.

The My Little Pony USB flash drives are available now for between $20 and $130, depending on storage capacity. The USB 3.o versions aren’t available just yet, but you can sign up to be notified when they are. The Equestria craze continues apace.